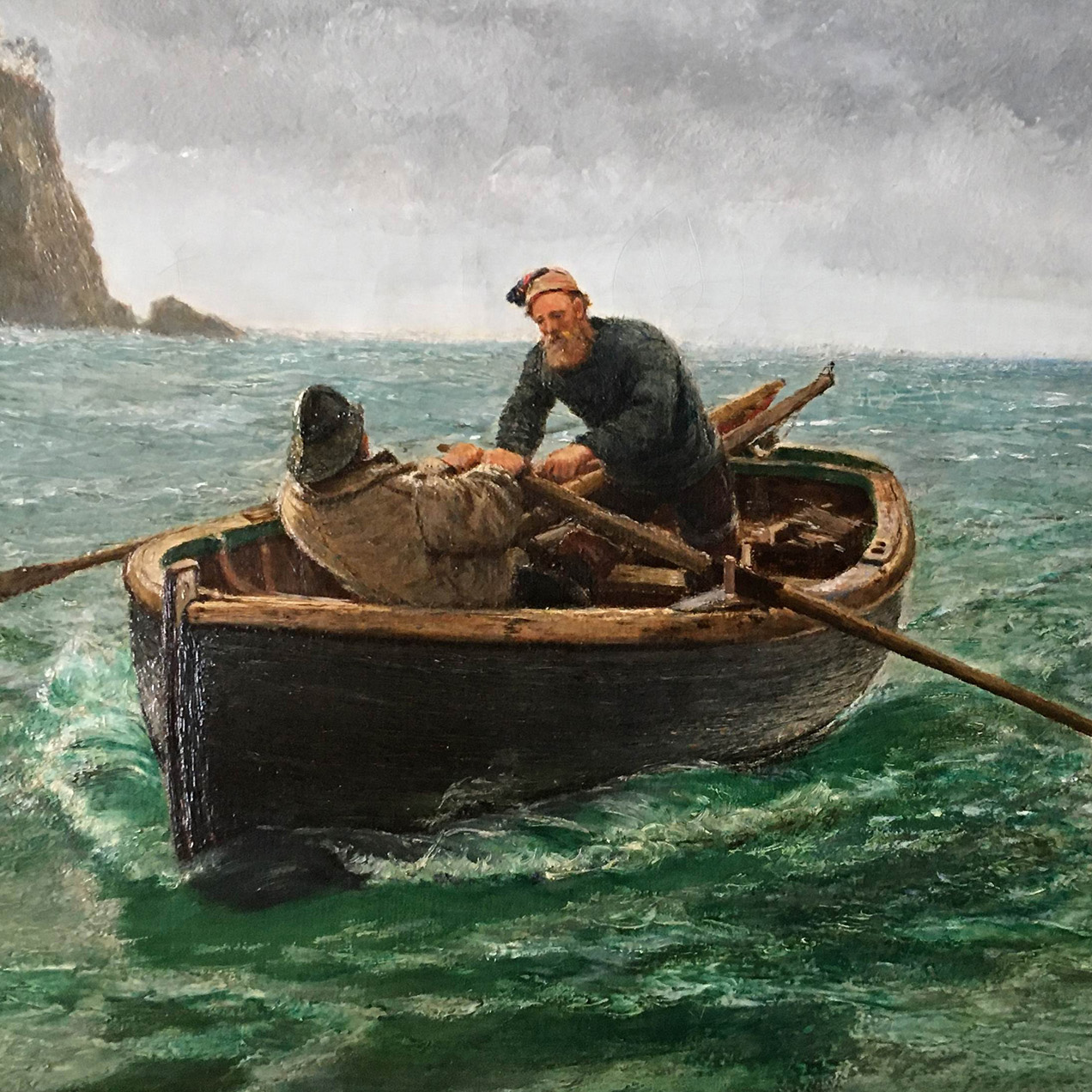 The marine painter Charles Napier Hemy was born in Newcastle, but his family emigrated to Australia in 1852, a brother was born on board ship. Napier Hemy returned in 1855, working on a ship for a time, then painting in monasteries back home in Newcastle and Lyons. He studied at Newcastle School of Art under William Bell Scott and later worked under Baron Leys in Antwerp.

In 1870 he moved to London and eventually made his home in Falmouth in 1881. While based in Falmouth, at first, he often travelled away to paint, visiting Yorkshire, London and Venice. Napier Hemy became famous above all as a marine painter, his earliest pictures in the genre being coastal scenes in the detailed manner of the Pre-Raphaelites.

Hemy also did some illustrative work, notably in the 1880s, when he drew excellent pictures to accompany travel articles around Britain. He also produced historical paintings and landscapes, but more or less confined himself to sea, coast and fishing scenes after his move to Falmouth.

It was the construction of his own floating studio on a converted seine boat, “The Vanderveld” that set him apart and gave him such an advantage over his fellow marine painters. The floating studio served two purposes to great effect: having a covered studio with glass windows alongside the water meant that Hemy could paint the water from within it, in all conditions, at whatever angle or position to the land, or even far out to sea; it also helped him to reach inaccessible locations up and down the Cornish coast within a day, which provided fresh settings for his pictures, such as Lands End and Sennen Cove.

In 1888 “The Vanderveld” was run aground while moored in a local creek, she ended her days as a garden studio at his house “Churchfield” in Falmouth. Undeterred, Hemy continued his work afloat the purpose-built “Vandermeer” and continued to explore new stretches of coast and revisit favourite locations.

He exhibited at the Royal Academy from 1865 and was elected an associate in 1897 after his picture “Pilchards” was bought under the terms of the Chantrey Bequest. He became a full Royal Academician in 1910. Hemy had at least two brothers who were painters Thomas and Bernard Hemy, both living in Newcastle.

This painting is dated 1884 and is obviously executed from his floating studio; there is no other way to get the water as he has without observing it. The passenger with his back to us is his brother Bernard and the bearded oarsman is a regular in his paintings of this time. It was bought from the artist and stayed in that family until it was inherited by a friend of the family some 20 odd years ago. 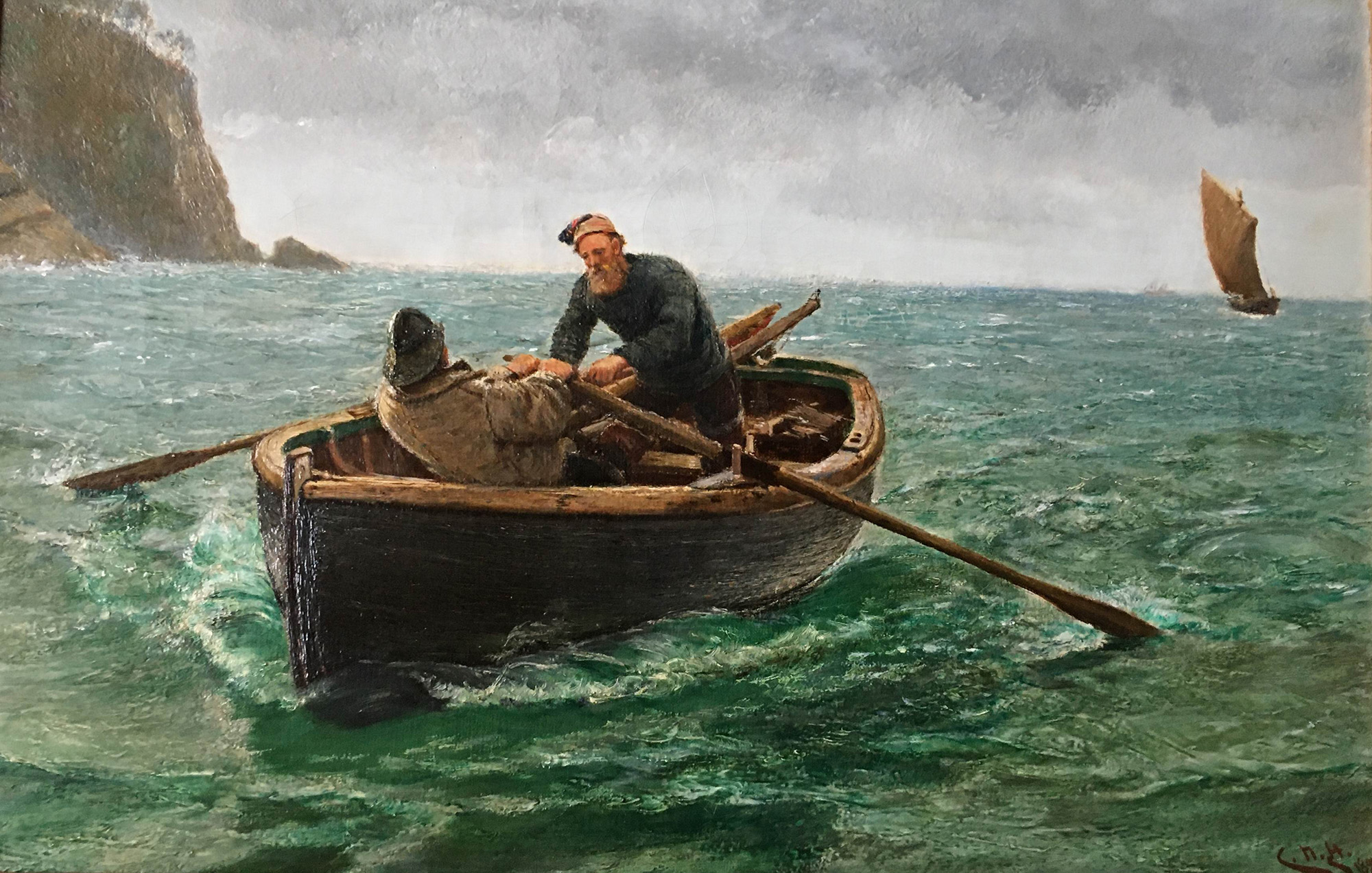