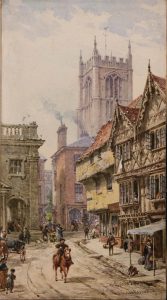 Samuel Rayner was a watercolour artist of some repute who specialised in architectural and historic subjects. Louise had four sisters and one brother, all of whom became artists. The family lived in Matlock Bath and Derby from 1828 until they moved to London in 1842.

At the age of fifteen Louise began to study painting seriously, at first with her father and later under guidance from artist friends such as George Cattermole (1800-1868), Edmund Niemann (1813-1876), David Roberts (1796-1864) and Frank Stone (1800-1859). Roberts, the best known of the four, was a Scottish artist who specialised in architectural and topographical scenes. His influence can be seen in Louise Rayner’s later works. Her first exhibit at the Royal Academy in 1852 was an oil painting of “The Interior of Haddon Chapel, Derbyshire”.

Louise Rayner, like Roberts, depicted cities and ruins as well as stately homes and their surroundings. Louise is first recorded as being in Chester in 1869, by which point she had reached her mature style. Her paintings from this period are very detailed and highly picturesque, capturing the “olde worlde” character of Chester and other cities. She often filled her most finished works with figures going about their daily tasks, including street sellers and purchasers. Louise travelled extensively throughout Britain each summer during the 1870s and 1880s, and also visited northern France. Her watercolours include scenes of Edinburgh, Shrewsbury, Gloucester, York, London, Coventry, Windsor, Salisbury and of course, Ludlow.
For nearly fifty years she had been a regular contributor to most of the major exhibitions in London, including the Royal Academy, the Royal Watercolour Society, the Royal Institute of Painters in Watercolours, the Royal Society of British Artists, the Society of Lady Artists and the Dudley Gallery. Outside London she exhibited in Birmingham, Dublin, Liverpool and Manchester.

Today, her work can be seen at the Ludlow Museum in Shropshire and the Williamson Art Gallery in Birkenhead but, as previously observed, Chester’s own splendid Grosvenor Museum houses the largest public collection of Louise Rayner’s watercolours– 23 in all- and is well worth visiting. There is a lovely story that Louise Rayner used to visit the Museum in the early 1900s. 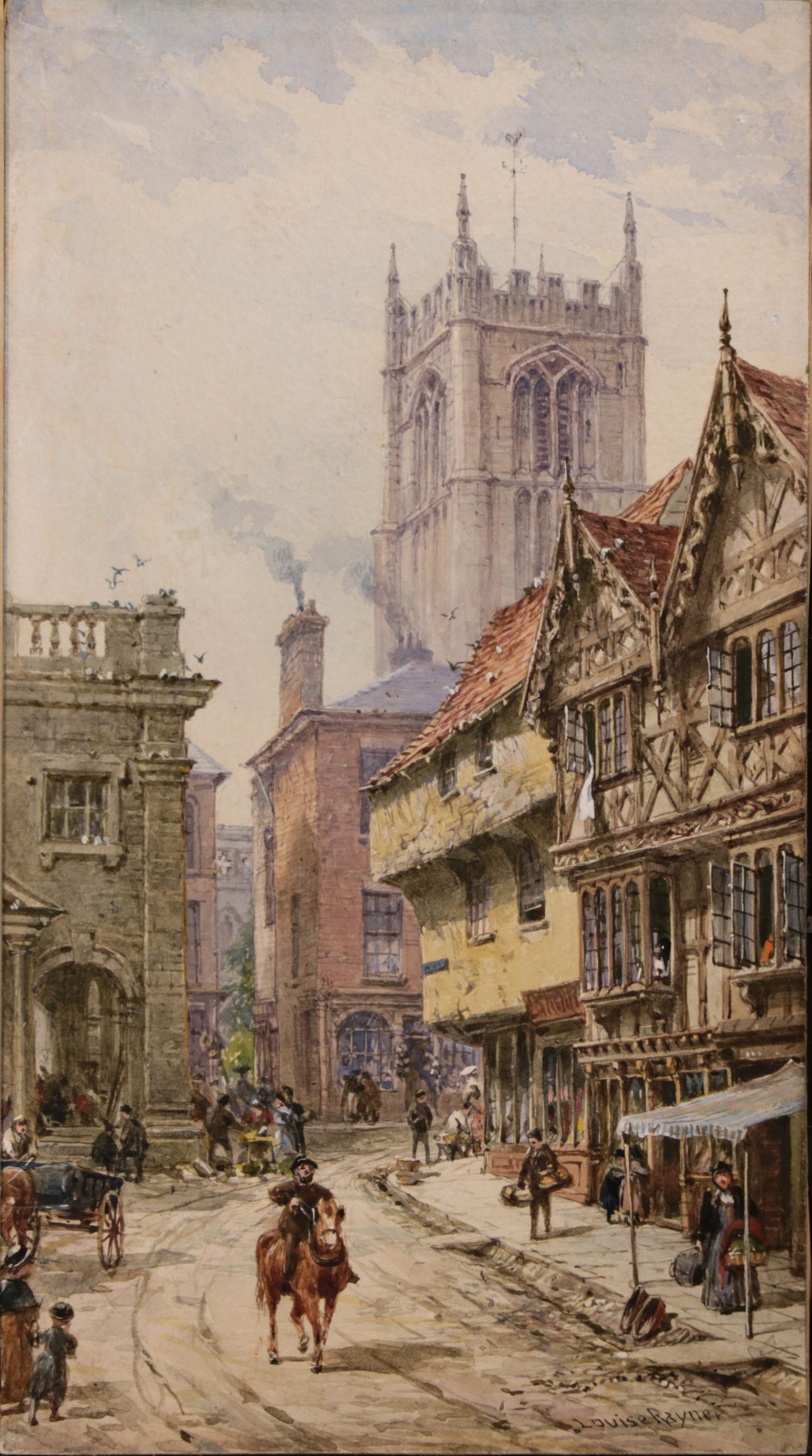