Sheridan Knowles was a London genre painter in both oils and watercolour. He was educated at the Manchester College of Art and then the Royal Academy. He exhibited widely, in particular at the Royal Academy and the British Institute. His subjects were mostly sentimental genre scenes with titles such as “The Love Letter” and “Home Again”.

Knowles was an academic artist and like many of his contemporaries, he combined his formal academic training with the new style and colour of the impressionists. His genre paintings capture his subjects in a relaxed or playful moment and are reminiscent of the works of Frederick Morgan. During the height of the Victorian era, there was strong demand for genre scenes and images of bygone days and Sheridan Knowles was one of the pre-eminent exponents of that art.
His work is defined by his brilliant draftsmanship and his ability to capture a romantic moment and portray it without making it too sugary.

Works by this artist can be seen at Oldham and Nottingham Art Galleries. He is also illustrated in “The Dictionary of Victorian Painters” 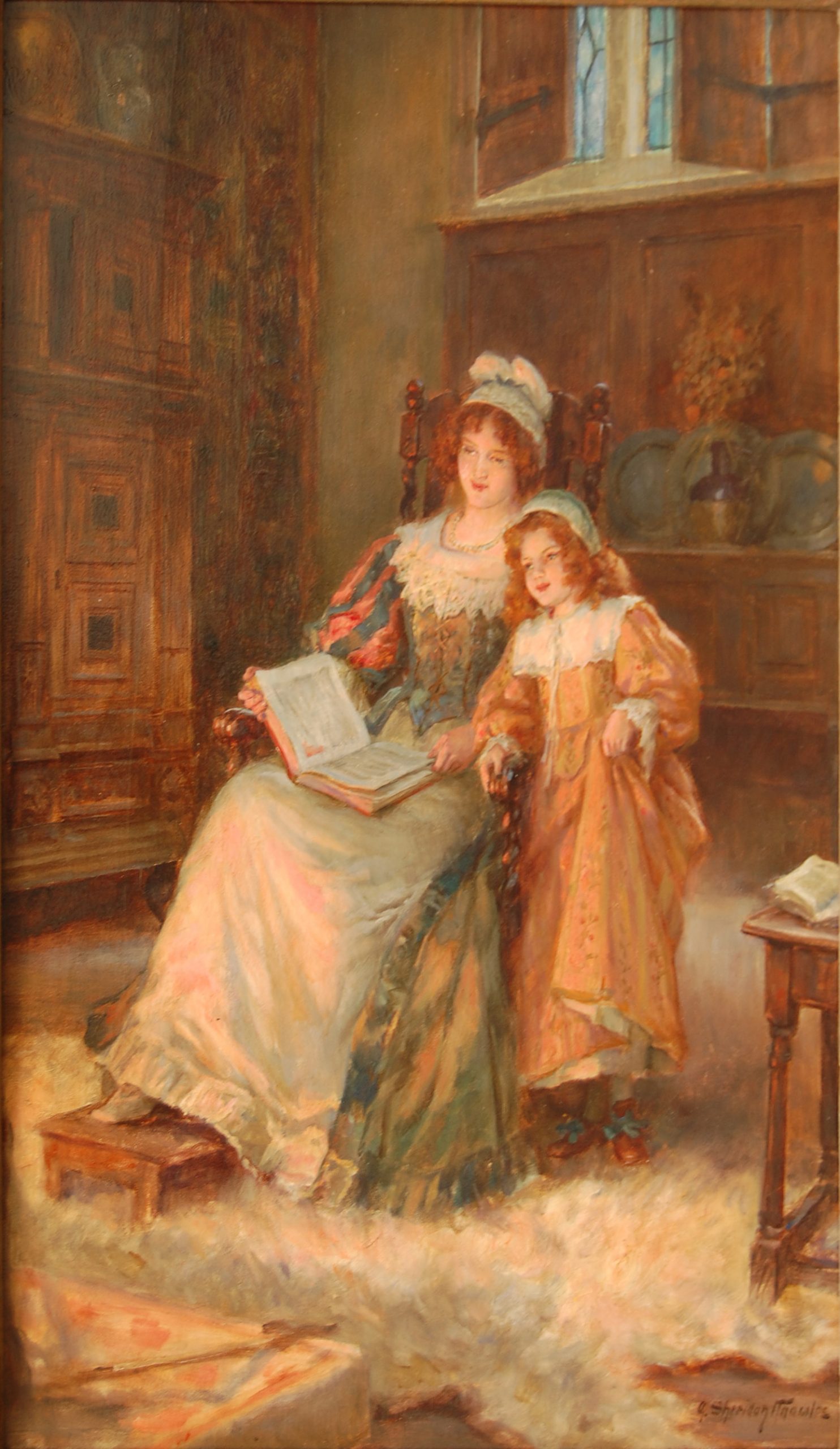