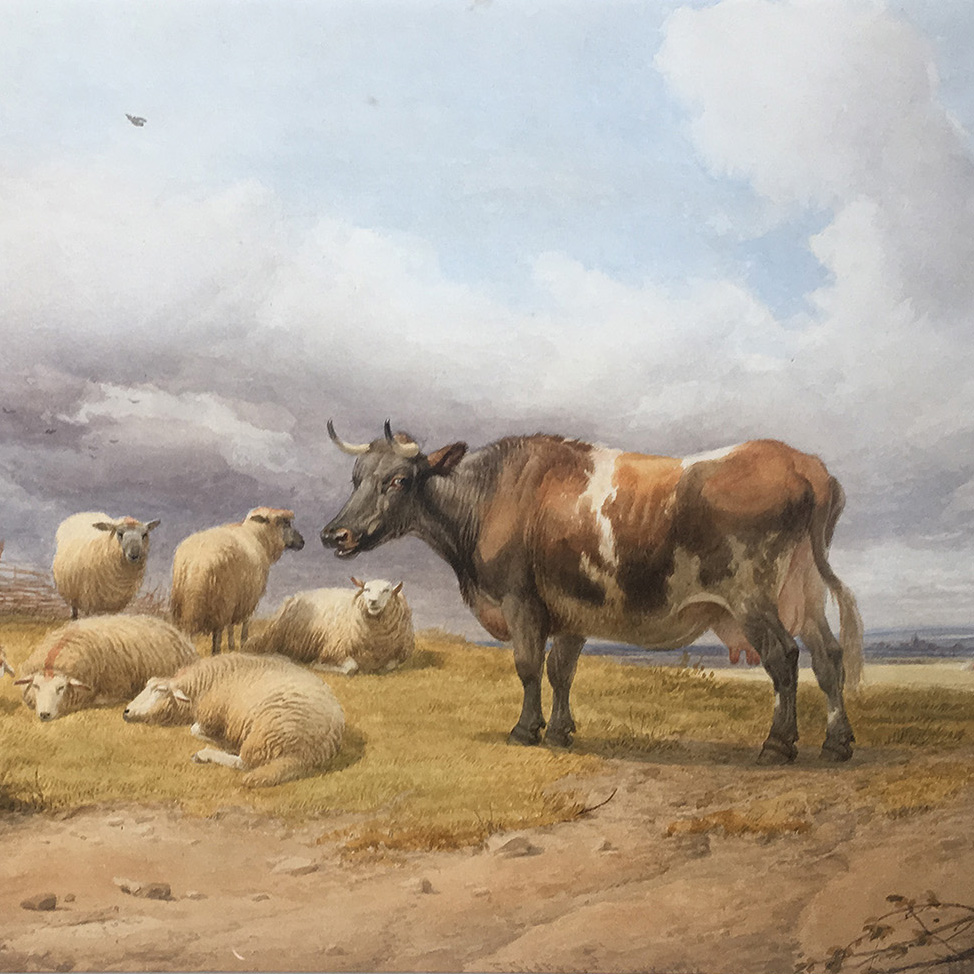 T S Cooper was born at Canterbury on the 26th September 1803. From an early age, his artistic inclinations emerged, but his family circumstances did not allow for any formal artistic training. He began his working life as a coach painter, a little later he obtained employment as a scene painter and he alternated between these two professions for about eight years. His desire to be a painter however never faltered and he went to London when he was twenty and eventually was admitted as a student to the Royal Academy.

When he returned to Canterbury, he was able to make a living as a drawing master and by the sale of sketches and drawings. In 1827 he settled in Brussels where he was greatly influenced by the Belgian animal painter Verboeckhoven. On returning to London in 1831, he began exhibiting his work at the British Institute and then the Royal Academy where he showed a total of 266 works without a break, a record for continuous exhibiting at the Academy.

His name is mainly associated with pictures of cattle and sheep and this was indeed his constant subject. He was elected to the Royal Academy in 1867. In 1882 he presented to his native place, the Sidney Cooper Art Gallery, built on the site of the house in which he was born. He wrote his reminiscences, under the title of “My Life”, in 1890 and died on the 7th of February 1902. 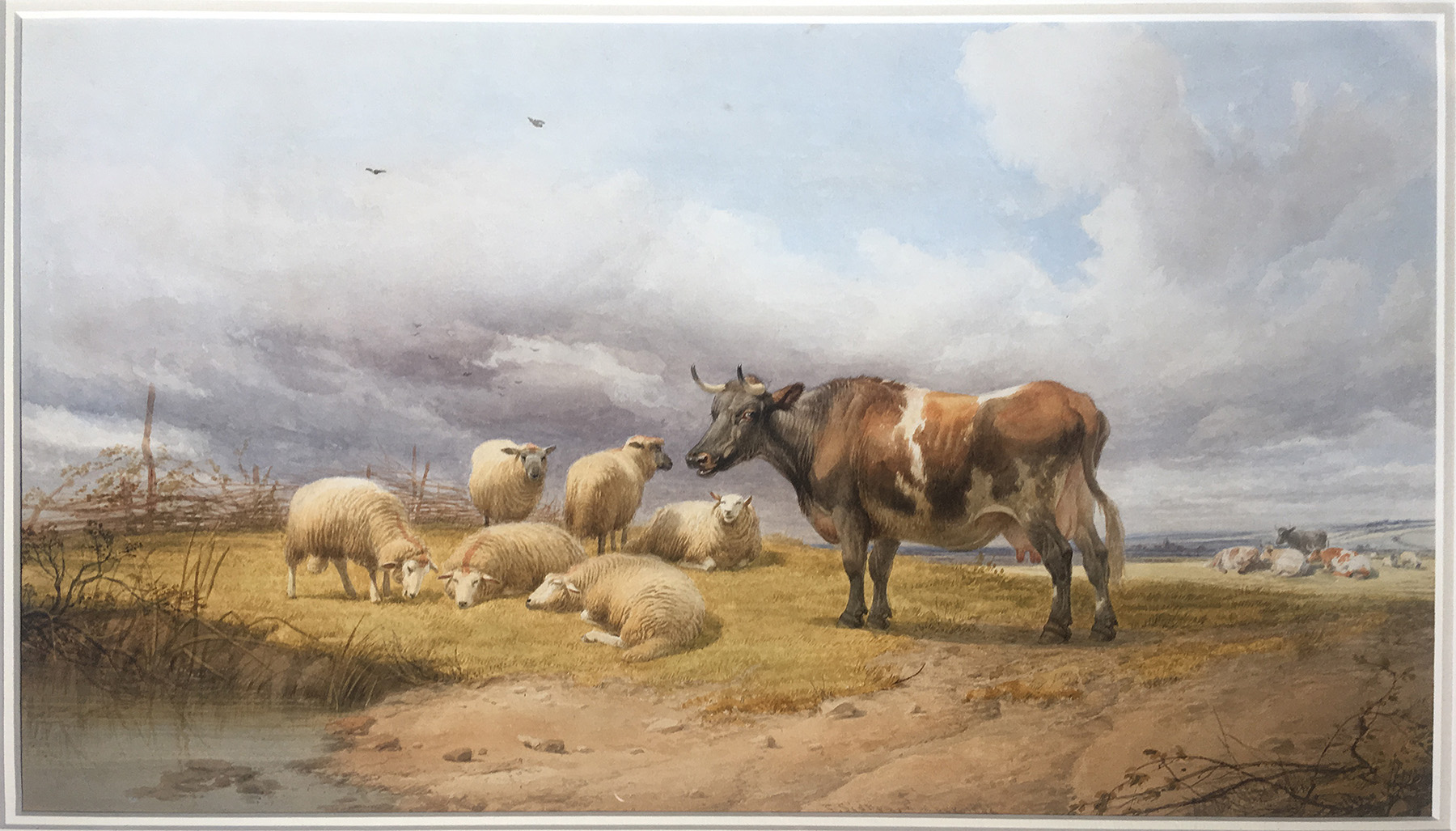