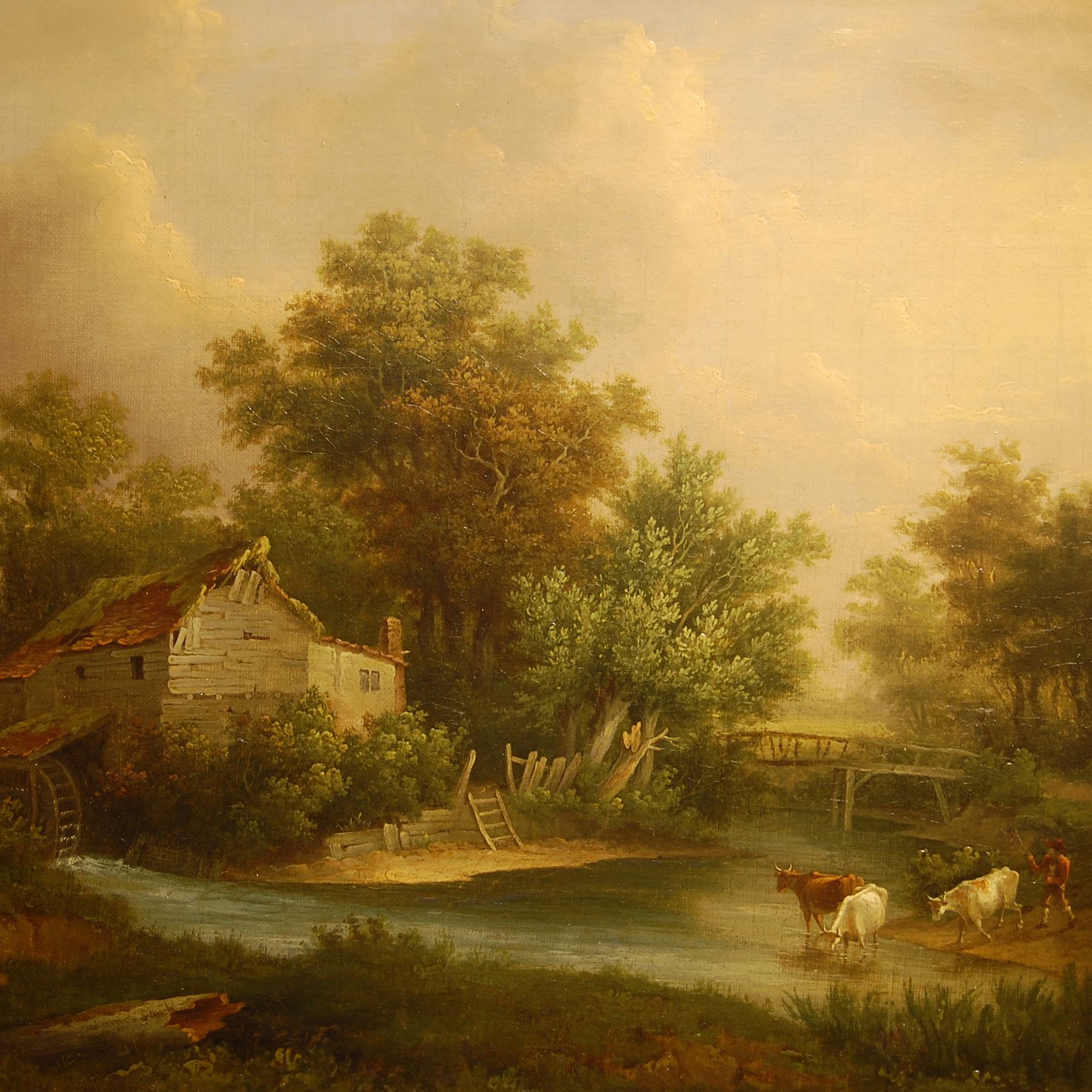 James Stark was a Norwich Landscape Painter and Watercolourist. He was born in Norwich and studied with John Crome between 1811 and 1814. He exhibited at the Norwich Society of which he became a member. He entered the Royal Academy School in 1817 and exhibited therefrom 1831-1859.

Mostly he exhibited at the British Institute, over 136 works, but also at Suffolk Street and the Old Watercolour Society. His style owes much to the Master, Crome. Like him, he painted English Landscapes with animals and rustic figures. His son Arthur James was also a painter.

There was a retrospective exhibition in Norwich in 1887 entitled “Works of the late James Stark”. 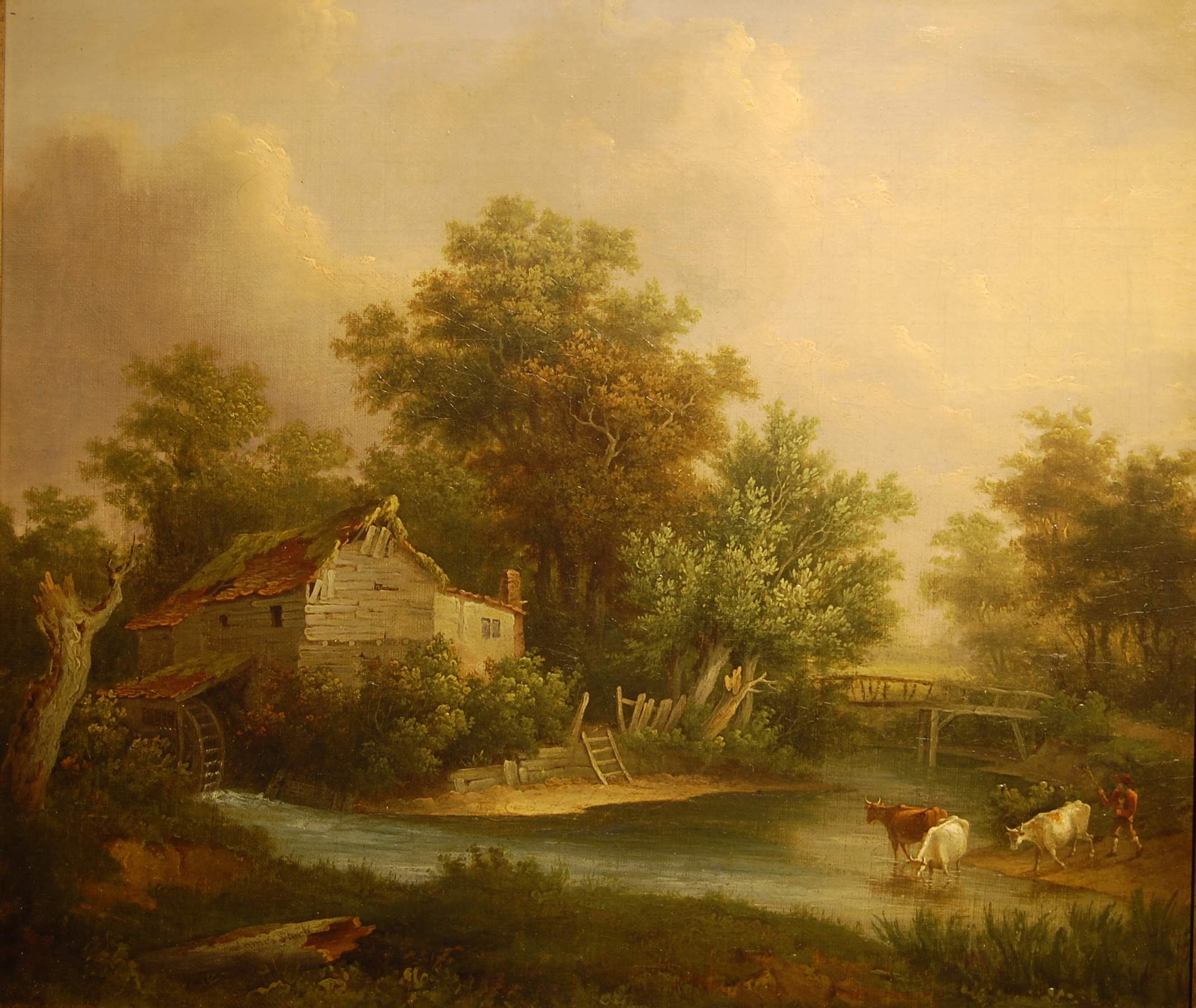