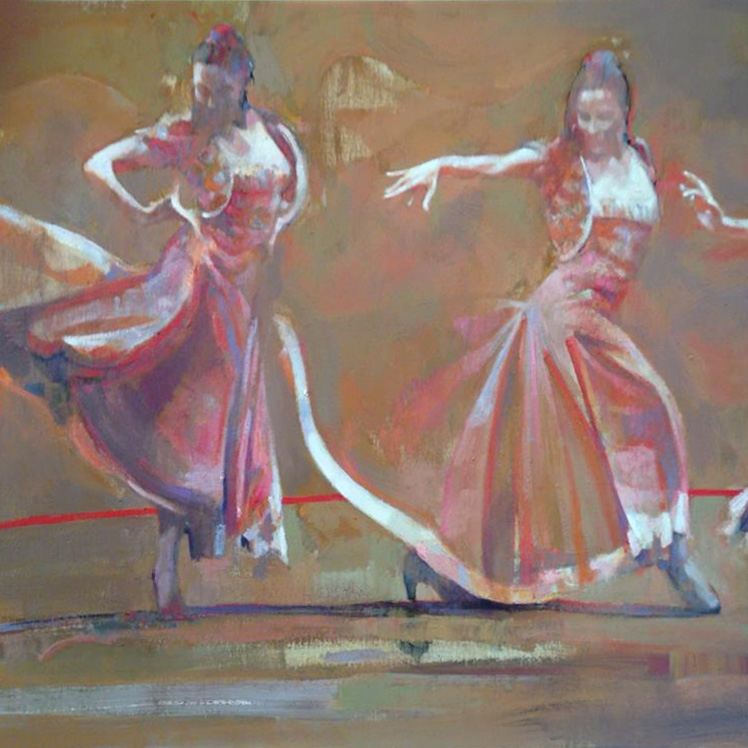 Born in Hertfordshire, England in 1967, Fletcher Sibthorp has had a successful career as a painter since graduating with Honours from Kingston University in 1989.

Fletcher Sibthorp is predominantly known for his dance paintings and large-scale figurative pieces, mostly in oil and usually depicting movement in the form of dance; ranging from contemporary dance through to classical ballet and flamenco.

His work is housed in both private and corporate collections, mostly in the United Kingdom and Japan. He has painted several key figures in the world of dance, notably Royal Ballet principals Darcey Bussell, Sarah Lamb, Miyako Yoshida and Alina Cojocaru, and the flamenco performers, Joaquín Cortés, Eva Yerbabuena and Sara Baras.

His popularity with collectors has ensured many of his paintings have been produced as Limited-Edition Prints. In 2006 he was voted most popular published artist by the Fine Art Trade Guild, a position previously held by Jack Vettriano.

Fletcher Sibthorp has had many sell-out solo exhibitions both in the United Kingdom, most notably at the Medici Gallery and in Japan. 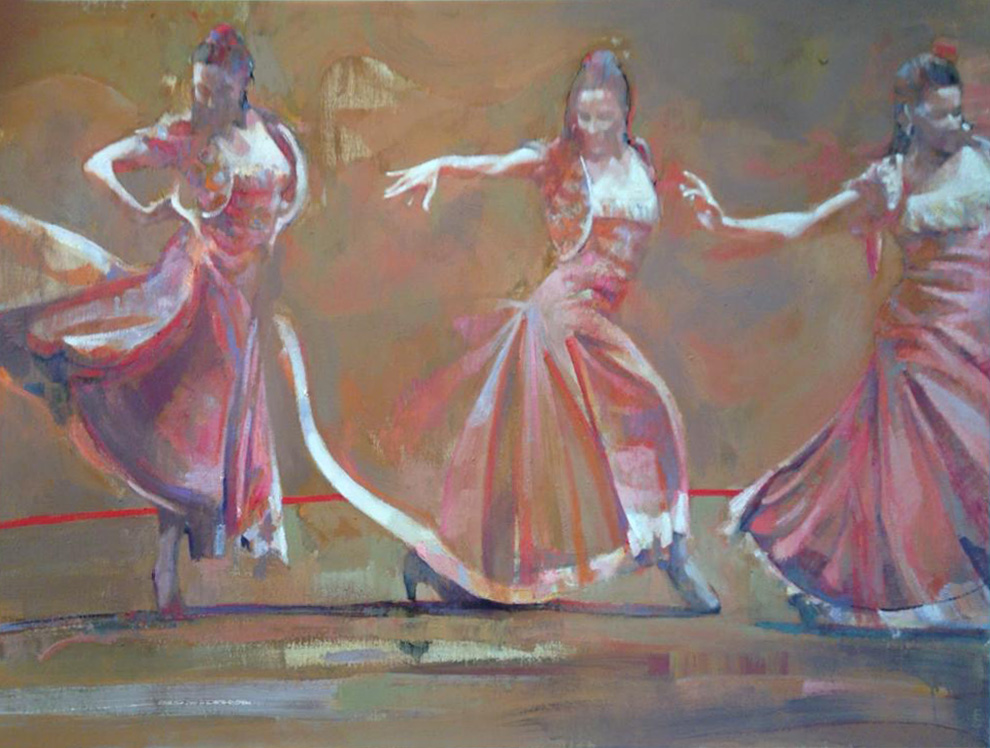