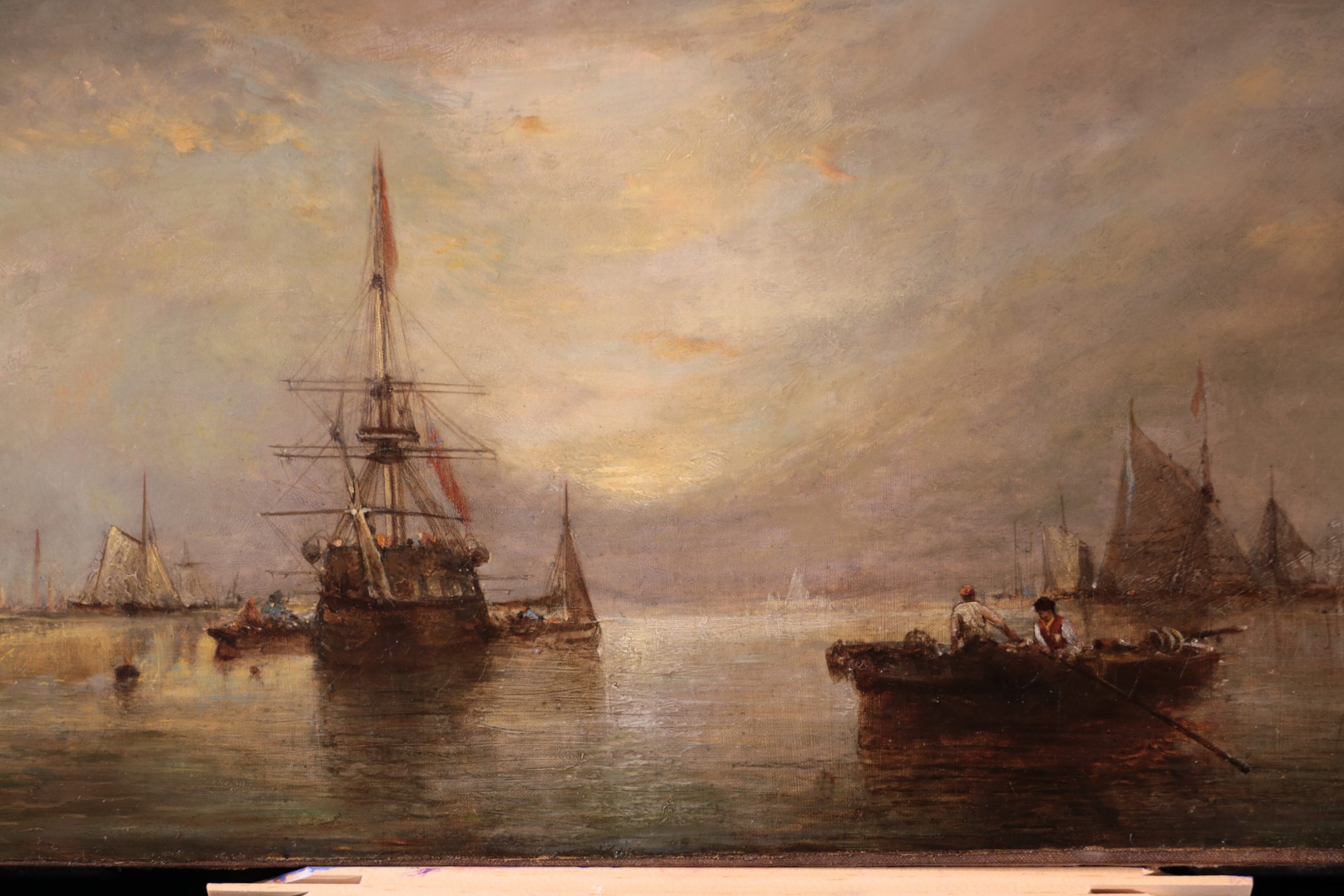 James Webb was born and lived all his life in Chelsea, London.

He was a landscape painter specialising in coastal and port scenes.
Webb is renowned for his paintings of rocky shores and famous old castles and in his lifetime he exhibited 29 paintings at the Royal Academy and 37 at the British Institute between 1850 and 1888.

Webb painted scenes in England, Wales, Holland, France and along the Rhine. He painted figures and buildings with as much competence as he did landscape backgrounds, and his paintings have a feeling of tranquility and harmony to them. Webb used pale colours, but painted in a robust naturalistic style. He was influenced by J. M. W. Turner.

James Webb came from a very artistic family. His father, Archibald Webb, was also a landscape painter who painted a very famous picture of the Battle of Trafalgar. His brother, Byron Webb, was a London painter of animals who specialised in Highland deer, horse portraits and hunting and skating scenes.

“The style of his painting is rather strong with clearly defined outlines. As his pictures now appeal to many buyers it is unlikely that one will find good examples cheaply; on the contrary, his prices have risen quite rapidly.” (Brook-Hart in 1971).

His works are represented in The Tate, The Victoria and Albert Museum and nearly all the important provincial museums in England.