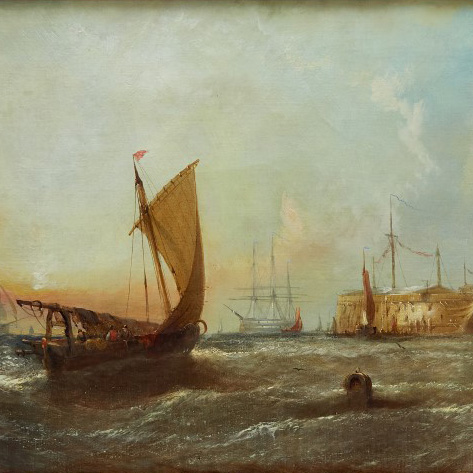 Of his exhibits, many were shipping scenes at sunrise or sunset. Like his father, Callcott Knell was obviously influenced by the Dutch tradition; from 1860 onwards, his style became looser, though still retaining its Dutch influence. 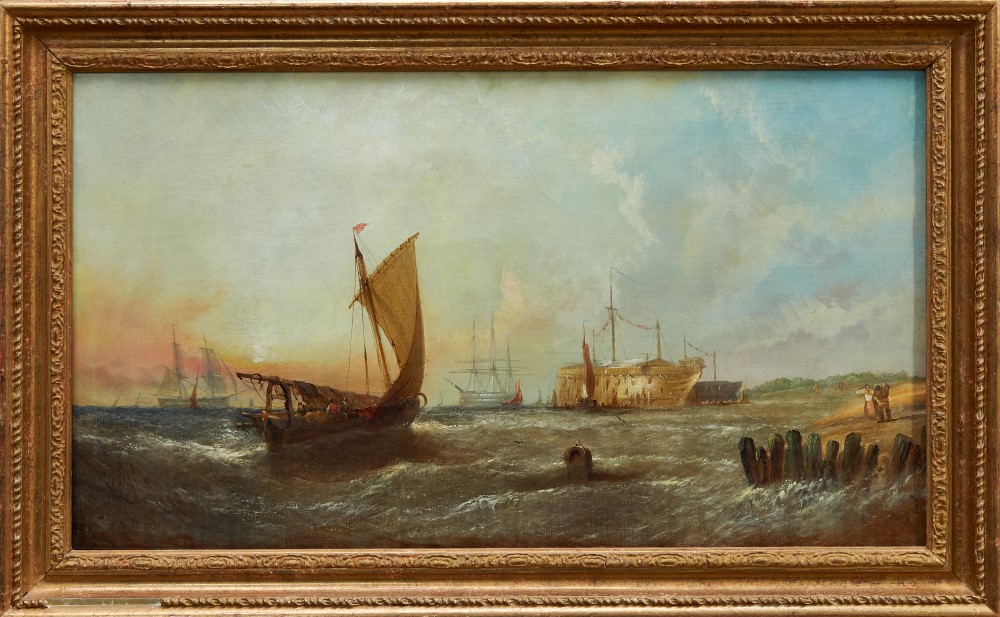