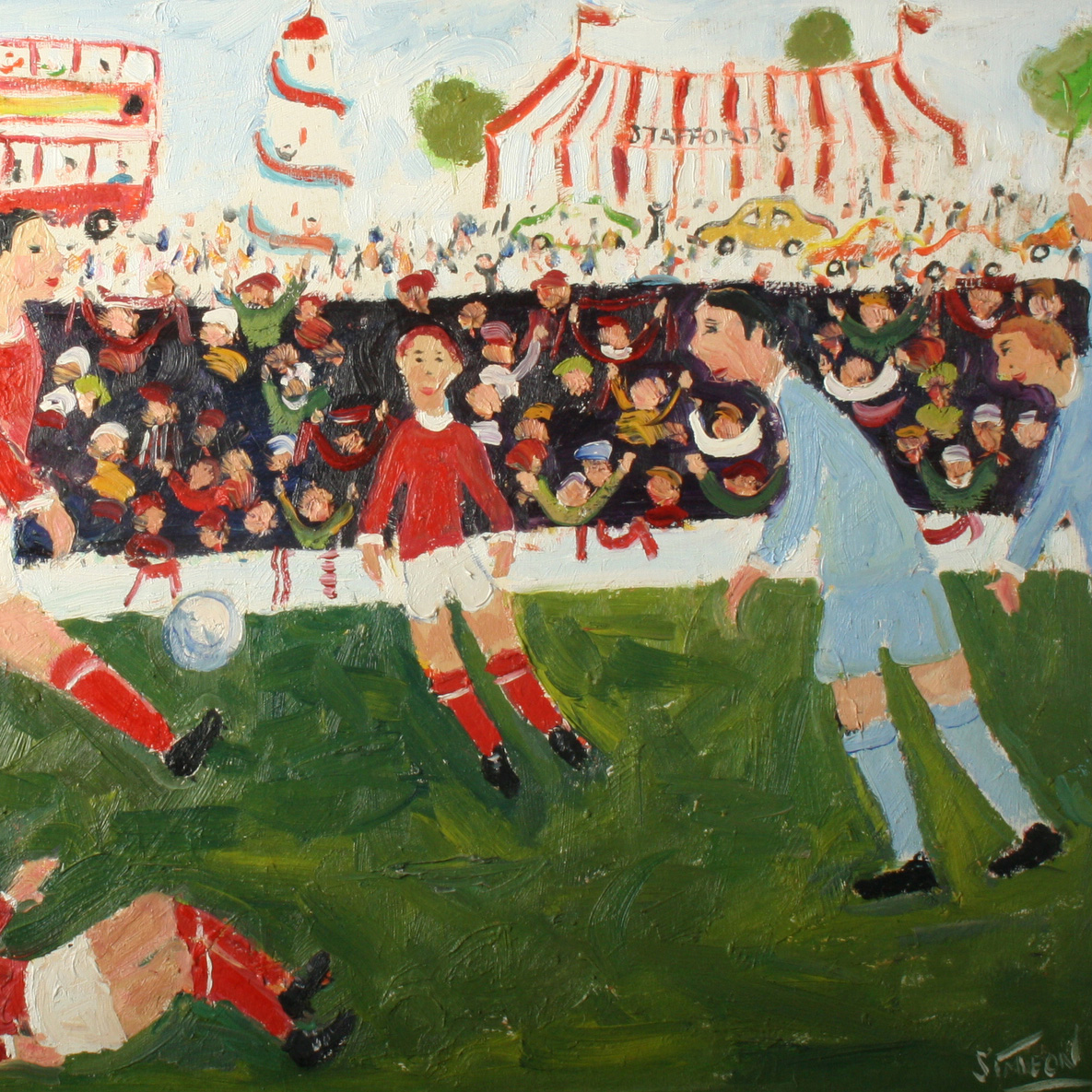 Simeon Stafford was born in the 1950s, in Duckinfield, a small northern town bordering the Pennines. He was introduced to L.S.Lowry after winning the Robert Owen School Award for Art and the Manchester News Portrait Award, who then became a friend of the family and encouraged him to study art.

In 1972 and 1973, he studied at Hyde College and in 1974, became a professional artist and exhibited his work in mixed exhibitions throughout the north of England and London. His work at this time reflected the gritty northern landscape and characters in what has been called a primitive style.

In 1996 Stafford moved to Cornwall where he met the artists Terry Frost and Patrick Heron, whose colour and light had a great impact on him.

Simeon continues to have successful exhibitions in London and Cornwall.

In 2001 his work was included in the Royal Academy Summer exhibition, and in 2003 he became a member of the Birmingham Society of Artists.

While Stafford’s paintings share a visual simplicity with Lowry’s iconic northern street scenes, his reference points are far removed from the industrial backgrounds of where they both grew up. Conversely, his relocation to Cornwall gave Stafford’s work a defining, alternative mood – both liberated from the muggy northern towns whilst also painting in recognition of Lowry’s bustling crowds. Furthermore, it was in Cornwall where he met and was influenced by notable St. Ives painters such as Sir Terry Frost and Patrick Heron. Stafford’s work can be seen as the confluence of Lowry’s simple and naive approach coupled with the vibrancy and jocularity of the Cornish artists.

Stafford’s career started early, aged 14 he won the Robert Owen Schools Award for Art and the Manchester Evening News’s Portrait Award. Throughout 1972 and 1973 Stafford studied art at Hyde College. In 1974 Stafford became a professional artist and exhibited his work in mixed exhibitions throughout the North of England and London. Stafford continues to have successful exhibitions throughout the U.K and has exhibited at the Royal Academy Summer Exhibition. Private collections include Her Majesty the Queen and Tony Blair. 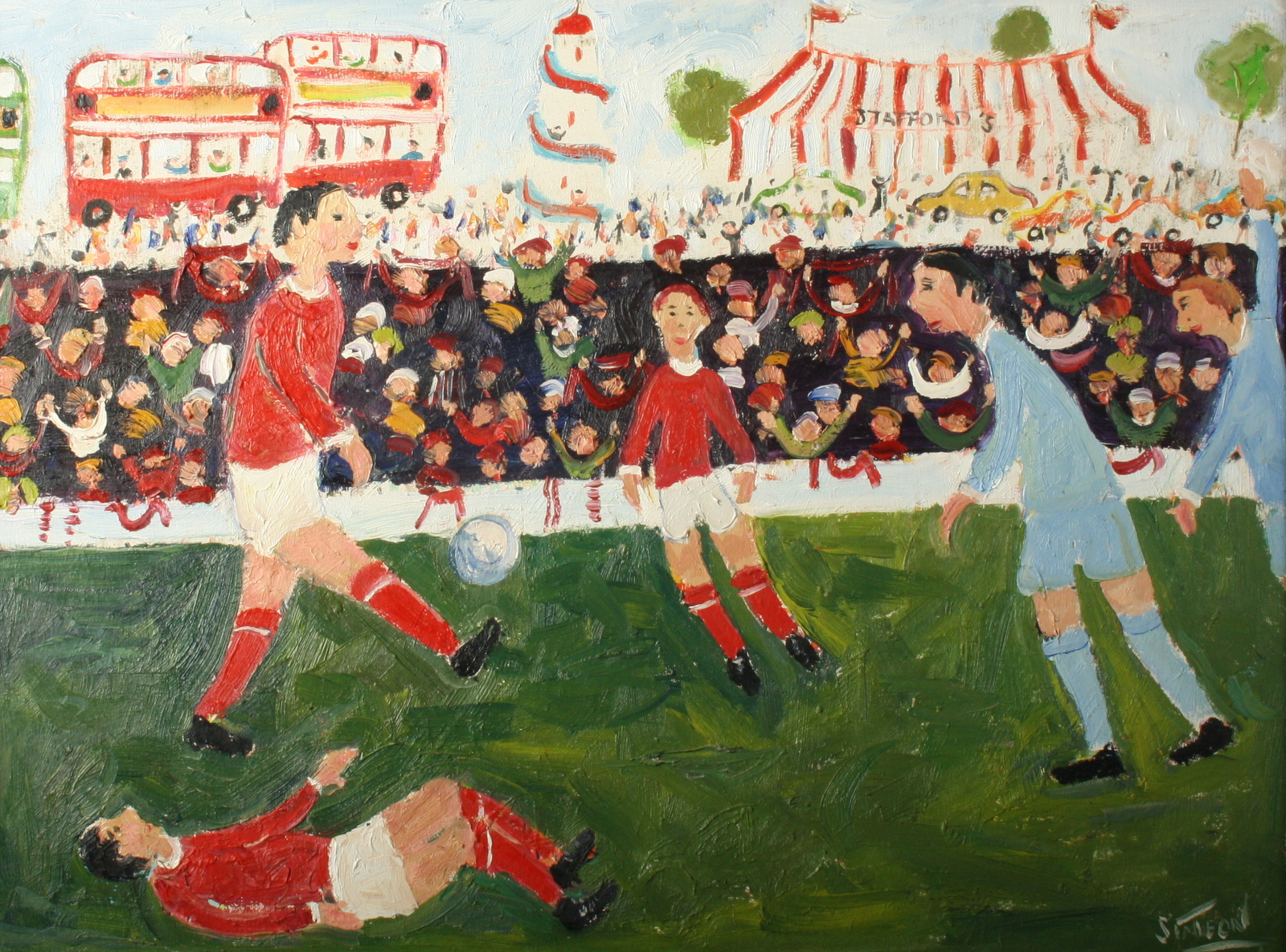