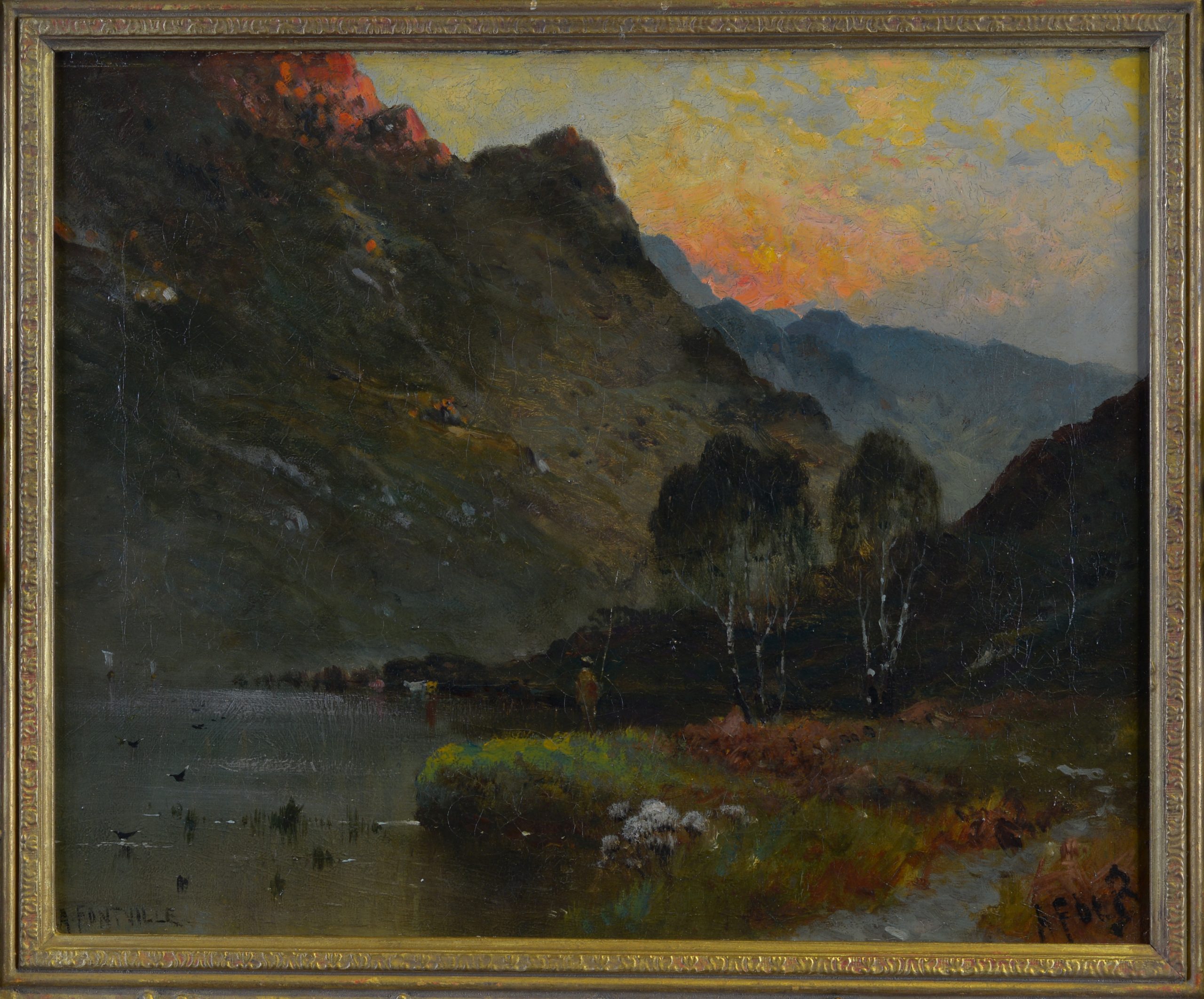 Alfred Fontville De Breanski (1877 – 1945). Landscape painter and son of Alfred De Breanski Senior, the well-known Victorian artist. Alfred junior is often confused with his father and paints in a similar style; like his father he painted landscapes, highland scenes and sunsets.

Both father and son concentrated on landscapes of the Scottish Highlands and often the Welsh mountains and valleys, with romantic mists and brooding clouds, cattle in the foreground and heather and birch trees. He depicted scenery more accurately than his father, as evidenced by the many cards he illustrated.

During the period of 1905 to 1920, De Breanski painted a series of English Garden scenes which were of a colourful and impressionistic style. Even today these works are considered very desirable. His work is not to be confused with that of his father as his paintings are usually signed A.F.De Breanski Jun or Fontville.

Alfred junior exhibited several works at the Royal Academy, Royal Society of British Artists and at the Suffolk Street galleries, among these were the “Cottage Garden” (1907, R.A.) and “Summer” (1912, R.A.) Father and son were both tremendously popular and remain so today.

This marvelous scene is a beautiful example of this artists work and shows sensitive handling and broad brushwork.